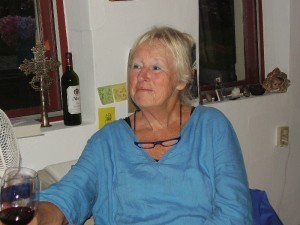 At her 16th Ineke van Dijk began her artistic education at the Academy of Art in Rotterdam in the sculpture department. She then continued her studies under the tutelage of Professor Frederico Carasso at the Jan van Eijck Acade­my in Maastricht.

As well as doing her own free work she makes sculptures, relief’s, portraits, medals, monuments and awards for private individuals, local government institutions and industry. These commissions are executed primal in bronze.
Ineke lives and works alternating between Stolwijk, in the polder of the Krimpenerwaard and Altea, Spain, where she lives by the sea.
These different environments inspired her to make birds of the polder, Gods of the seas, and in particular, bullfighters in the form of abstract realism.
Her work is to be found in almost all the countries in Western Europe, including Poland (The Medals Museum), as well as America and Malaysia.
She has executed commissions in various locations.